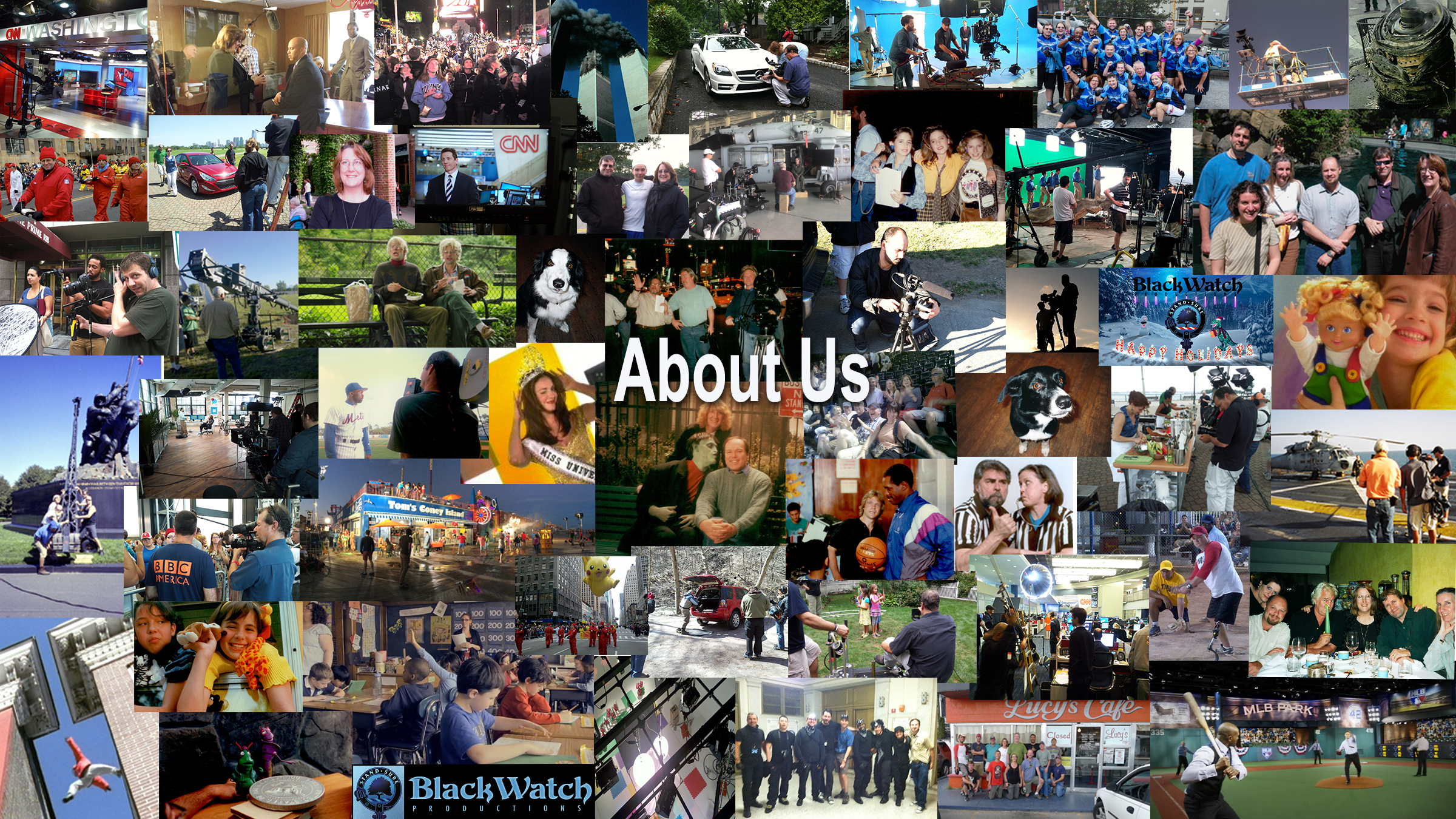 Yes, we are a full service production blardy blar blar….but we are at our core what the international production community calls “Fixers.”  For over 25 years, we have produced a stunningly wide range of jobs, and made sure that they got done, on time, on budget and at maximum production value.  If it’s something that we haven’t done before, we figure it out and find the right people to get it done.  If it’s something that’s never been done before, we work that out as well.  It’s how we send one person to El Paso and find a crew that can execute a complex Techno Crane shot in the desert.  It’s how we produce an award-winning digital project in Coney Island that involves shooting a still photo on a phone, and, by the way 21 inter-connected videos shot in two days with a cast of 60 and a crew of more than that.

So, what do you get with the Black Watch Productions team?

On May 1, 1989 we launched our full-service production company in the volatile, ultra competitive market that is New York City. From the beginning, our goal was to serve the vision of producers, directors, designers and postproduction houses.  In those first few years we were also able to successfully create original children’s broadcast television series, as well as produce commercials and corporate videos.

We moved downtown to a space on Murray Street in 1994, shortly after the first attack on the World Trade Center.  We were there, three blocks above Ground Zero, during the cataclysmic events of 9/11, which kept us out of our offices for months.  And now, after a six year stint in Hoboken, we have relocated to the funky confines of Manufacturers Village in East Orange, in the original Johnson and Johnson buildings that date from 1880, now populated by artists and fellow craftspeople, and we are excited at the prospect of new beginnings. We are still fighting the good fight, doing versatile, high quality production, production services and postproduction in a fluid, client-friendly and economically flexible atmosphere.

So please, surf around, check us out. Look at the work of our directors, Monica Anderson, Rich Park, Mark Traver and Jim Donovan.  We also work with talented freelance directors and DPs from all over the country, so we can match any talent to any project.  We also provide great production services to creative agencies, designer/directors, postproduction and EFX houses, as well as ad agency creatives who want to direct.

Nearly thirty years worth of talent, experience, perseverance and resources makes for a very valuable production partner.  In other words, we really know our stuff.  Give us a call and let us show you what we can do for you.