It’s August, 2020 now and we are finally getting some calls for production work. Our last shoot was on April 5, and three other jobs that would have started in March and April have yet to return to active status. Fortunately, we are New Jersey-based, and the Garden State is one of the very few states that are heading in the right direction with regard to the pandemic. Production has reopened, albeit with strict safety protocols, and we at Black Watch are more than ready to be working again.

I think that it helped to go through this weirdness in a state that was so hard hit from the beginning. For the most part, our residents have taken the situation seriously, and only lately have there been instances of virus fatigue, resulting in moronic gatherings and grumbles about wearing masks. Hopefully, the resultant hot spots will be contained and we won’t start sliding backwards after all the progress we’ve made to this point.

So give us a shout! We’ll be standing by with the same great production services and creative content that we’ve been producing for 31 years. stay safe out there!

Black Watch Productions marked our 31st anniversary on May 1st, and a strange anniversary it was. We have been officially shut down since April 5th, and in reality, a few weeks before that. We did two shoots in Jacksonville, Florida during the first week in March and we were supposed to produce a three day shoot in Nashville during the third week in March. Since it is a health care video, set in a hospital, it was, of course, postponed until the end of April, and then postponed again to a time to be determined.

We do have two projects pending, both of which we could be working on during the stay at home phase of life as we now know it, but the clients have not yet given the go ahead. So, we deal with the PPP, the PUA, the SBA and hope to get some relief to carry us until the restrictions are lifted and we can go out and shoot something safely. In the meantime, we are working on editing projects, mastering Zoom (including experimenting with putting together an ensemble sing for Monica’s choir) and making progress on our Braking AIDS doc and the YouTube channel that will complement it.

Companies like ours are in a tough position-we are certainly not too big to fail, and often, it seems like we are too small to succeed, despite the ubiquitous pronouncements from politicians that small businesses are the backbone of the economy.

But, succeed we will, in spite of the pandemic and lack of assistance, leadership and intelligent planning during same. We will reinvent ourselves once again; we will adapt, we will create and will will endure, just like we have for the last 31 years. Stay safe out there. 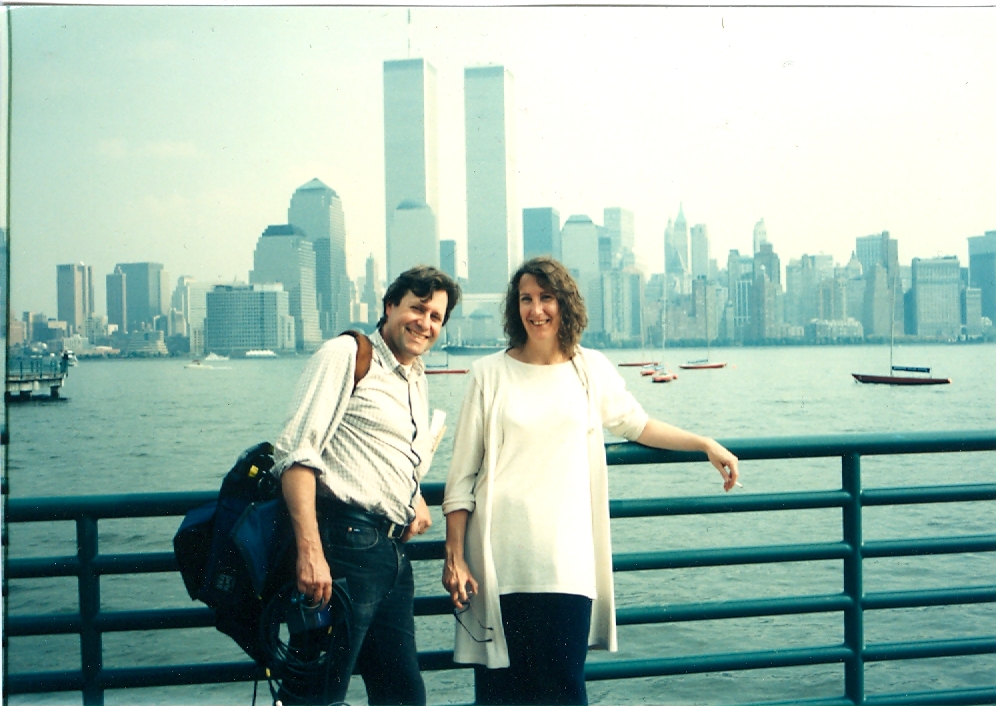 How Does A Production Company Get To 30?

On May 1st, Black Watch Productions celebrated our 30th year in business. So how does a production company, especially one located in the volatile market that is New York City, get to 30? You get to 30 because of the people who have supported you when you were (literally) a mom and pop enterprise, working out of your apartment. The tremendous relationships that we have built over the years, with clients, employees, crews, vendors, all have shaped us as a company and as people.

When my life partner, Monica, and I started this enterprise in 1989, commercial production companies were almost universally director-driven. Recognizing those limitations, we decided to pursue a different model, one that relies on providing production services that provide a team of artists specifically suited to various types of projects, with an emphasis on "services." We would find expert, specialized teams that could handle any type of production, anywhere in the country.

Our first job was shooting a video for the Dave Winfield Foundation. Then came a five episode pilot of a syndicated television show called, "Girl Talk," starring a 12-year-old Sarah Michelle Gellar. We shot 24 pharma films in 24 months in those early years, and I say films, because in those days, we rarely shot on anything else. After writing and producing all of our toy spots, Monica, at a client's behest, became our in-house director and kid performance specialist. Coming from a theatre and photography background, the transition was a natural, and 25 years later, our portfolio has expanded to all categories. We've done an award-winning children's film about dinosaurs, a core curriculum series for Scholastic, lots of toy commercials, corporate image films, live action shoots for postproduction houses, and that was just the '90's! We had moved into a commercial loft on Murray Street, where we had a studio and edit facilities and life was good.

Then came 9-11, and everything changed. We were three blocks from the Trade Center and we were profoundly affected in many ways. We couldn't even get into our loft for ten days after the attack. We couldn't work out of there for months. Our street was a crime scene, with a chain link fence that bisected our sidewalk from Broadway to the West Side Highway. We worked for the better part of a year in clear sight of a smoking pile that everyone said posed no health risks. They tore up Murray Street for more than three years, rendering it all but impossible for us to shoot in our own studio. Our three biggest toy company clients went out of business within 18 months, and we were soon in reinvention mode.

And reinvention became a way of life as the early 2000's brought the evolution from film to files, and the Internet changed the way we all did business forever. We connected with Food Network, Cooking Channel, CNN and others and started doing network promos and live events. Through a fortuitous introduction by one of our DPs, we hooked up with an agency in Washington, DC which changed our lives and direction as we proceeded to do all of their production work for the next twenty years. A chunk of that work included a gratifying ten year run producing PSAs for the USO, which fueled our current evolution into Cause Marketing and the Digital space.

Today, we continue to evolve, staying as light on our feet and adventurous as ever. This summer, we will be launching a YouTube channel, "On the Road To the End of AIDS," which will track 16 years of the Braking AIDS Ride that we have filmed since its beginning. As we evolve into Content Creation and Digital marketing, our projects are becoming more personal but continue to grow and vary from traditional to wildly original internet productions. We like to think of ourselves as 25 year-olds with 30 years experience and we can call upon our expertise and vast resources to bring any production to life anywhere in the country.

Over these 30 years, we have proudly witnessed interns become directors, PAs become producers, DP's grow into very successful filmmakers, and most of them have subscribed to our philosophy of paying it forward. There's not enough room to name all of the clients, employees, freelancers, crews, vendors, interns, friends, family and countless supporters who have helped us thrive throughout all of these years. We can only offer thanks, love and heartfelt appreciation to you all for helping to make our journey as fascinating and fun as it has been...you will always have a home here at Black Watch.

We have had a thrilling, wonderful, wild ride so far, and with help from our friends and the Universe (and the occasional paying job), we will continue to grow and evolve and add to the ongoing legacy that is Black Watch!